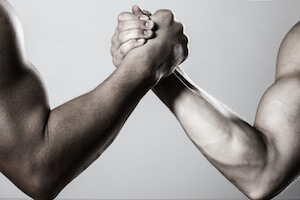 DataWalk: One Of The Key IBM i2 Competitors

IBM i2 Analyst Notebook (ANB) has long been a popular tool installed at many law enforcement agencies worldwide. In fact, although IBM i2 ANB has its roots in the 1990s, this venerable product is still the most common link chart tool that we encounter when talking to agencies around the world. However, we frequently hear from customers that they are looking for IBM i2 competitors. One of the key IBM i2 competitors is DataWalk, which is a modern, fully integrated Enterprise solution for entity analytics and much more.

DataWalk is a fully integrated, Enterprise-class system for data analysis, which is modern, scalable, easy to use, and cost effective. DataWalk is a full-stack solution that provides leading-edge capabilities compared with other IBM i2 competitors:

How Is That Different Than IBM i2?

It is first important to distinguish exactly what “IBM i2” may refer to in any particular instance.

The most widely installed IBM i2 product is IBM i2 Analyst Notebook (ANB), which has a relatively low entry price for a single desktop license. IBM i2 ANB is a robust tool for link analysis, though many users we encounter are under-utilizing it as only a drawing tool, as they may not be comfortable attempting to use the tool for analysis.

In addition, there are various other products in the IBM i2 suite, including:

While other IBM i2 competitors may offer products that are limited only to link analysis, DataWalk is a comprehensive Enterprise solution. The most appropriate “comparable” for DataWalk is IBM i2 EIA, or is a stack of mixed and matched IBM components as indicated in the graphic below:

So Why Is DataWalk Among The Strongest IBM i2 Competitors?

As discussed above, DataWalk is a single, scalable, modern, collaborative solution. In contrast, IBM i2 ANB is an older, desktop-oriented solution, and IBM i2 EIA is an expensive collection of disparate IBM products which are bolted together and marketed as a solution. Some of the key differences:

The i2 product was originally developed in the 1990’s, and later purchased by IBM. In contrast, DataWalk is a modern Big Data solution introduced in 2016.

The design center of IBM i2 ANB (and several other IBM i2 competitors) is a single user desktop, while DataWalk has been architected as a server-based solution accessed via a web client (and via a set of open APIs).

Perhaps the most common database application used with IBM i2 is IBM i2 iBase, which is appropriate at least for workgroups. In contrast, DataWalk has an integrated database which utilizes modern scale-out technology enabling it to handle vast amounts of data for Enterprise-level deployments. IBM recently announced the end of life for the i2 iBase product.

Many organizations have a limited budget, such that either IBM EIA, or a full-stack IBM i2 solution, can carry a prohibitive price tag. In contrast, DataWalk is significantly lower in price than comparable Enterprise-class alternatives.

Finally, and perhaps most importantly, DataWalk has some of the best analytic minds and technical experts in the industry, and welcomes the opportunity to work closely with each customer to maximize their success.

IBM i2 products, particularly IBM i2 Analyst Notebook, have served the industry well for decades. However, for those customers evaluating IBM i2 competitors and looking to move on to a modern, scalable, collaborative, and cost-effective Enterprise-class system, DataWalk can be an excellent alternative.

IBM i2 is a trademark of IBM.