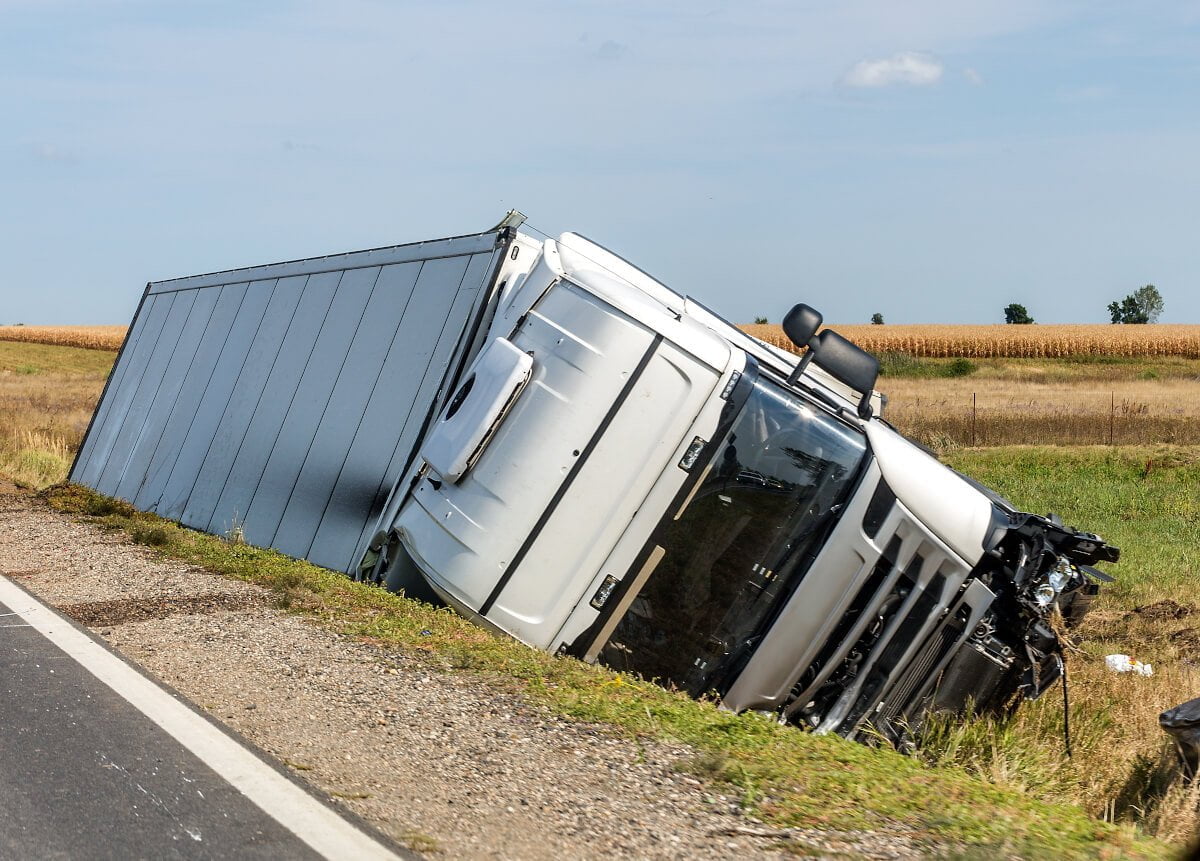 It is estimated that organized crime groups are responsible for 12-14% of all fraudulent claims. Here is an example of one of them, which for many insurance companies, would represent a fraud ring that would never be found.

On November 5th, a Ford cargo truck 1838t 4x2 pulling a trailer rolled over, and no other vehicles were involved in the accident. The truck and trailer belonged to different owners.

Ten days later a similar truck driven by one of those owners and owned by the other also had an accident creating an interesting situation of a perfect ring. Was this a fraud ring? Let’s find out. 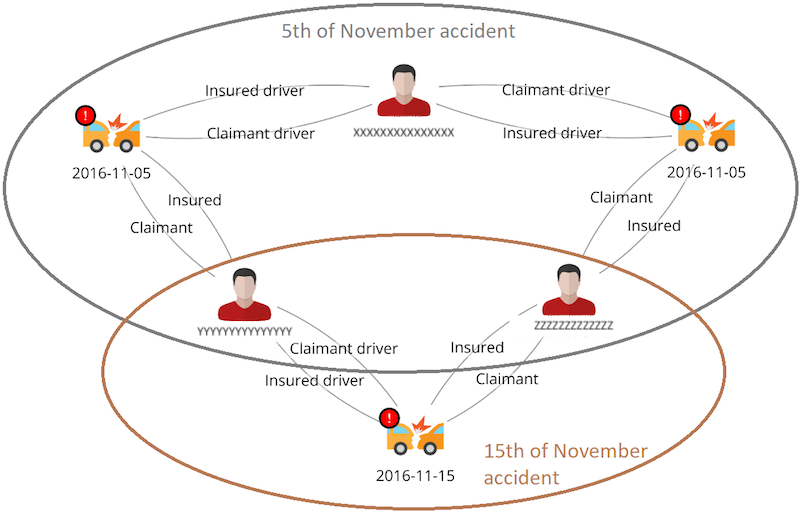 As a result of this delay, a different Loss Adjustor was assigned to investigate the November 5th trailer claim and had no chance to connect the dots. Even if, by chance, the same Loss Adjustor would have received this claim, it is very unlikely she would remember the previous accidents and spot the scheme. Even if she did so, money was already paid for the two truck claims. 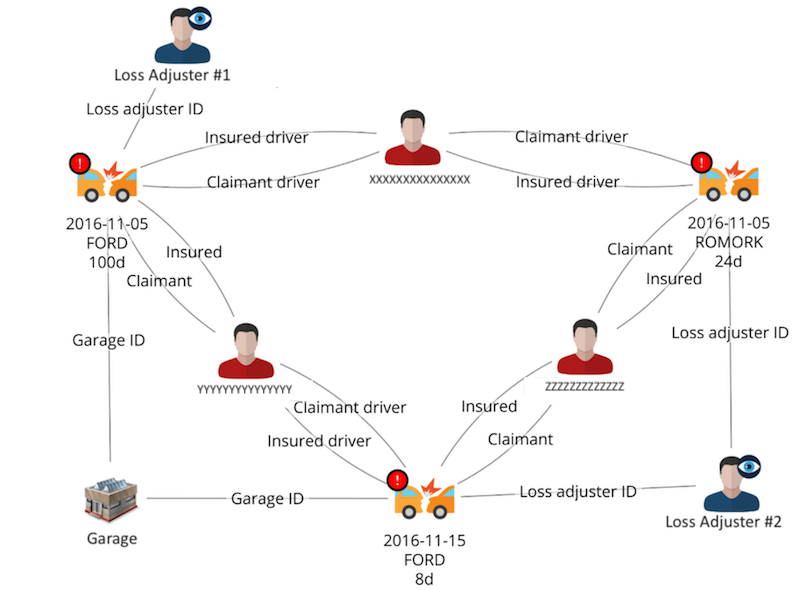 Another interesting thing here: both trucks ware repaired at the same garage…..and 11 out of 48 claims with this garage were marked as suspicious but never proved as fraud. This is four times higher than market average and certainly merits further investigation.

These type of criminal schemes are not easy to spot using regular analytics and alerting business rules. However, these can be easily detected and analyzed using DataWalk with its unique cluster identification capabilities. In this case, DataWalk would have made it easy to spot this ring when the final claim was investigated, such that the risk of further fraudulent payments to this ring could be reduced.